Here, some projects are shown in reverse chronological order. 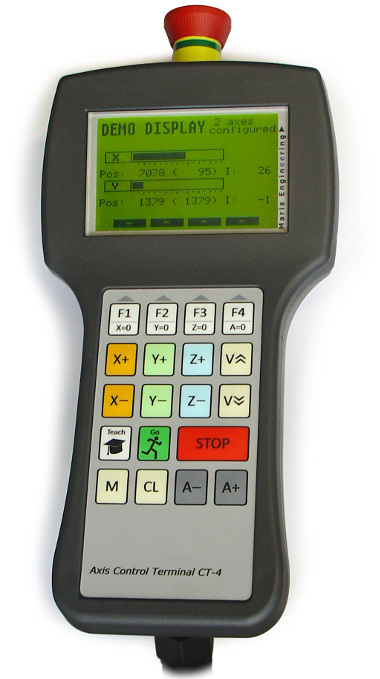 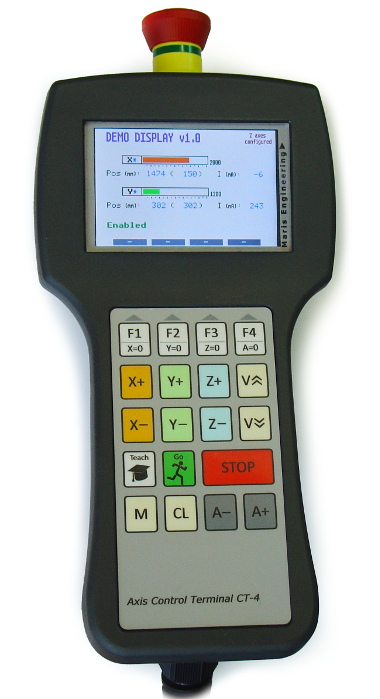 This ergonomically constructed terminal (2016) has been developed together with a research lab and is also available as an OEM-terminal. This terminal is very cost-effective and it offers a CAN bus via the cable and a USB-connector for the purpose of firmware update and temporary machine control (using e.g. labview). Using standard firmware, a vast range of machine constellations are covered. The image shows an example of a linear robot using two axes. The configuration is defined in text files that can be uploaded via USB or CAN bus.

A derivative equipped with long-life monochrone display and readability under even brightest conditions is available, too (hover over image).

This EMC-simulator of an AC-power supply (2015) is intended to support the design of systems that are AC-powered, where EMC regulation require low noise that is injected into the AC power system. In order to support target design, two measurement outputs are present for both L and N. This allows for separating common mode and differential mode noise signals (using an oscilloscope). The max. load is limited to 6A, which contributes to relatively low system cost. 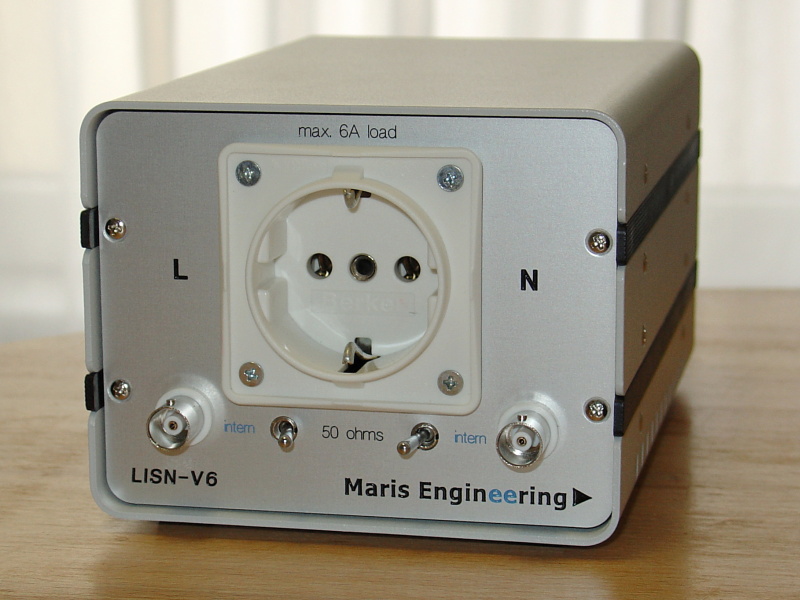 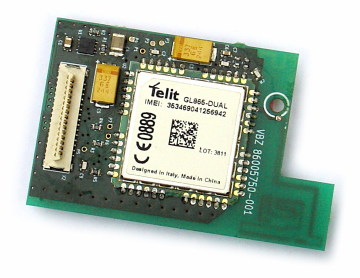 This module (2013) is intended as an add-on for existing boards that enables wireless GSM communication via a serial connection. GSM-hardware requires a peak current spec of 2A. A power control circuit together with capacitors reduces this to a 500 mA requirement. 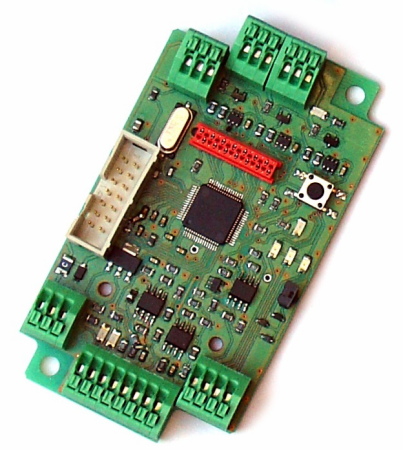 This product (2011-2012) can be used as a special purpose controller. A plexi glas panel can be inserted into the enclosure resulting in a very nice appearance: the reverse side appear silk screened while LED-positions are left unprinted; slight matte-finish let the print appear as front-side printed. 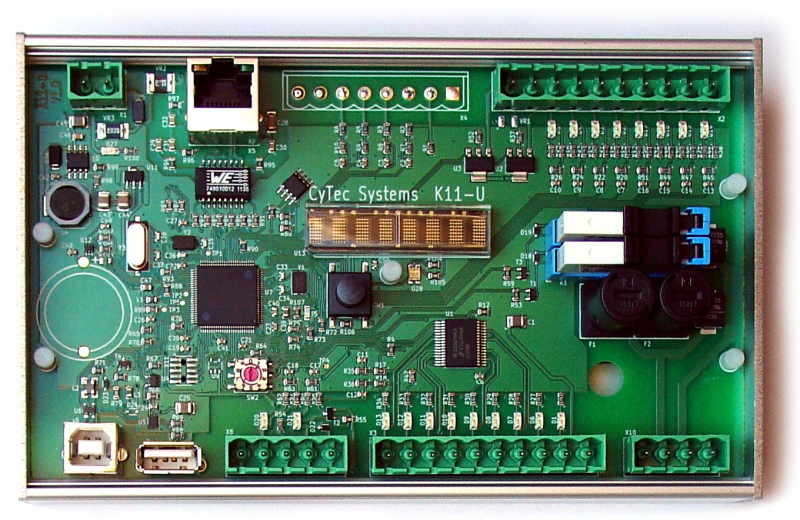 A communication node based on a PoE-supply (2009, redesign 2012), on the left a DSP-module without flash (2012). The main board provides an SPI-flash. This allows for CPU-module exchange without system- and parameter backup. 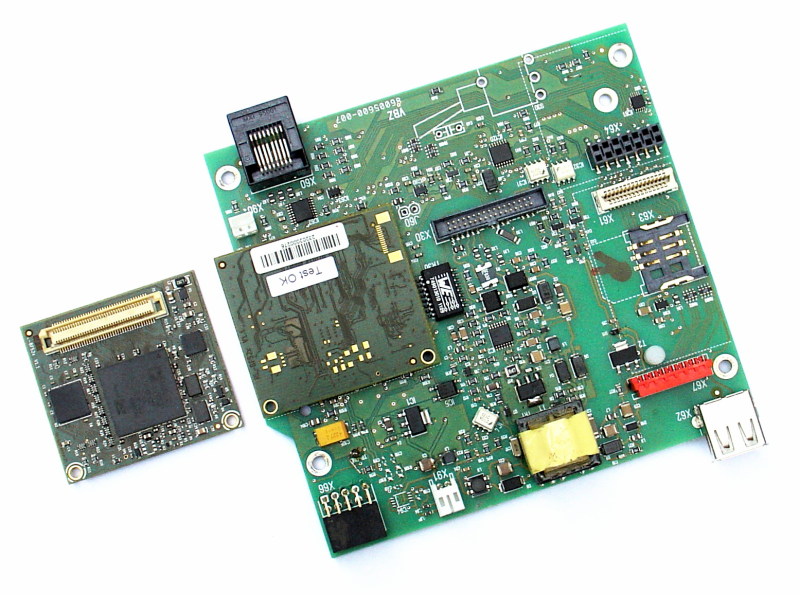